Top 10 Things To Do In Peru 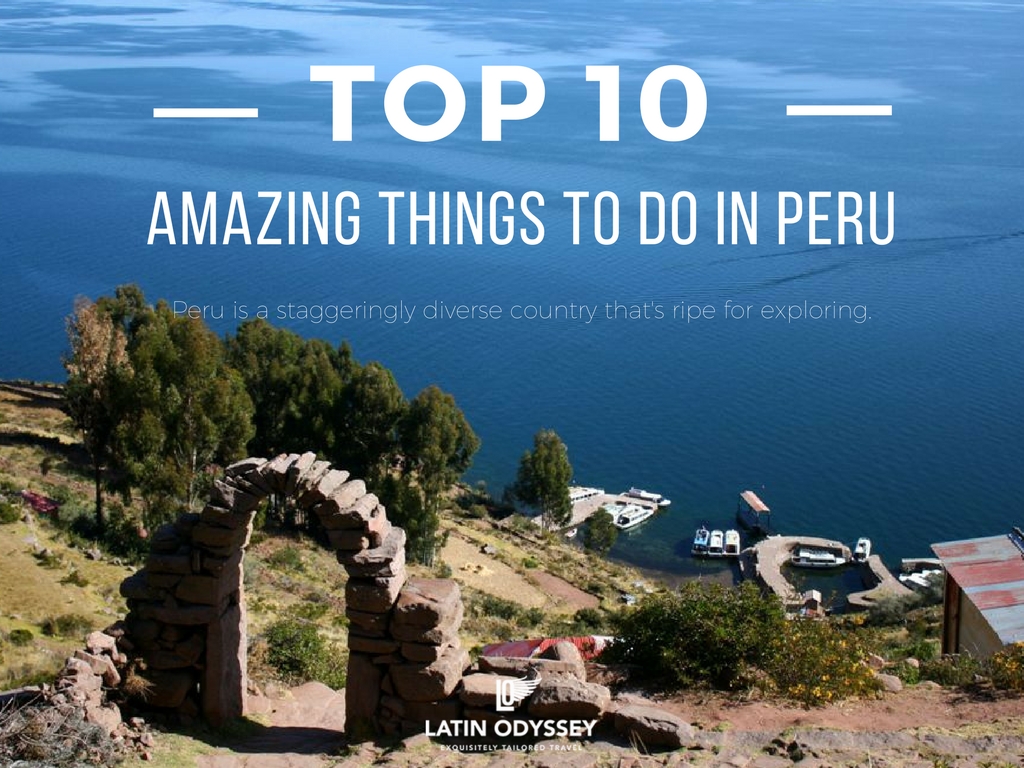 Here are our Top 10 things to do in Peru. Peru has a staggering variety of places to visit, which is what makes this a country ripe for exploring. So, whether you want to trek the mystical Inca Trail to Machu Picchu, weave your way deep into the Amazon in search of wild animals or experience its famous markets with vibrant weavings and fiery chilli ceviche – visiting Peru will leave you with bright memories for many years to come.
1. The Inca ruins of Pisac 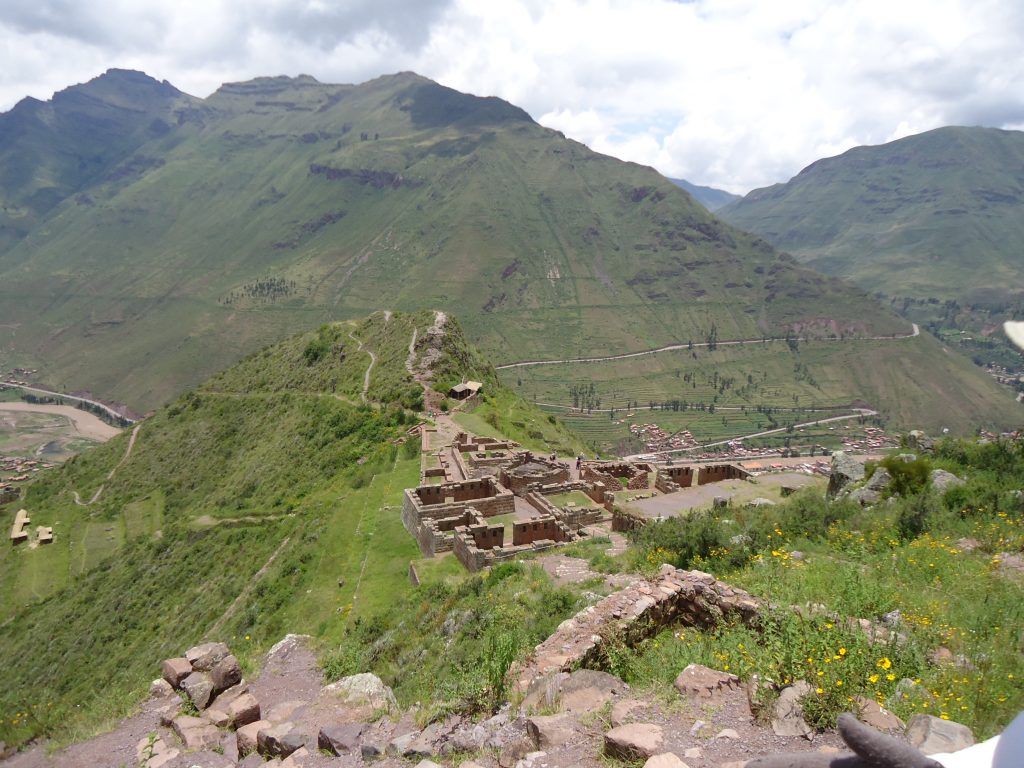 Perched on a cliff top overlooking the Sacred Valley, these are some of the most scenic of all the Inca ruins in Peru. It involves a short walk from the entrance of the site to the actual ruins and if you have time you can walk all the way down to the local market of Pisac at the end. The ruins include a Temple to the Sun, baths, altars, water fountains, a ceremonial platform, and an inti watana which is a volcanic outcrop carved into a hitching post for the Sun. They also believe the ruins defended the southern entrance to the Sacred Valley.

This beautiful colonial town to the south of Lima is a must if you have the time.  At an altitude of 2,400 metres you won’t get soroche (altitude sickness) but you will acclimatise.  Definitely worth exploring this town on foot and visiting; the main plaza and the surrounding churches and cathedrals, the San Camillo farmers market, Casa del Moral and the impressive Santa Catalina monastery. The Convent of Santa Catalina opened to the public in 1970 after 400 years of cloistered religious life and is the most characteristic feature of the city. 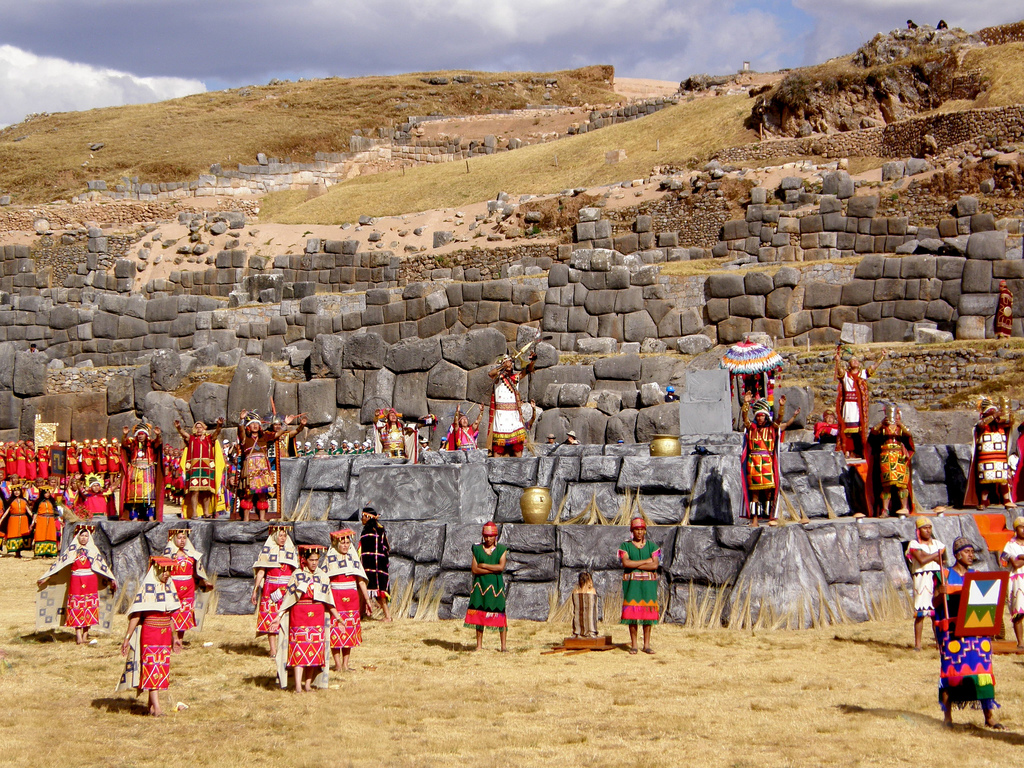 Sacsayhuaman is a colossal structure of enormous stones, carved and fitted together with incredible precision and is situated on the hill overlooking Cuzco. This was the Inca fortress that protected the City and was first built by the Killke culture about 1100 and was expanded and added to by the Inca from the 13th century. The large plaza area is capable of holding thousands of people and still used today for a number of ceremonial activities. We recommend taking taxi to the ruins from Cuzco and walking back into town, which gives you a wonderful view into the local life that surrounds the city. 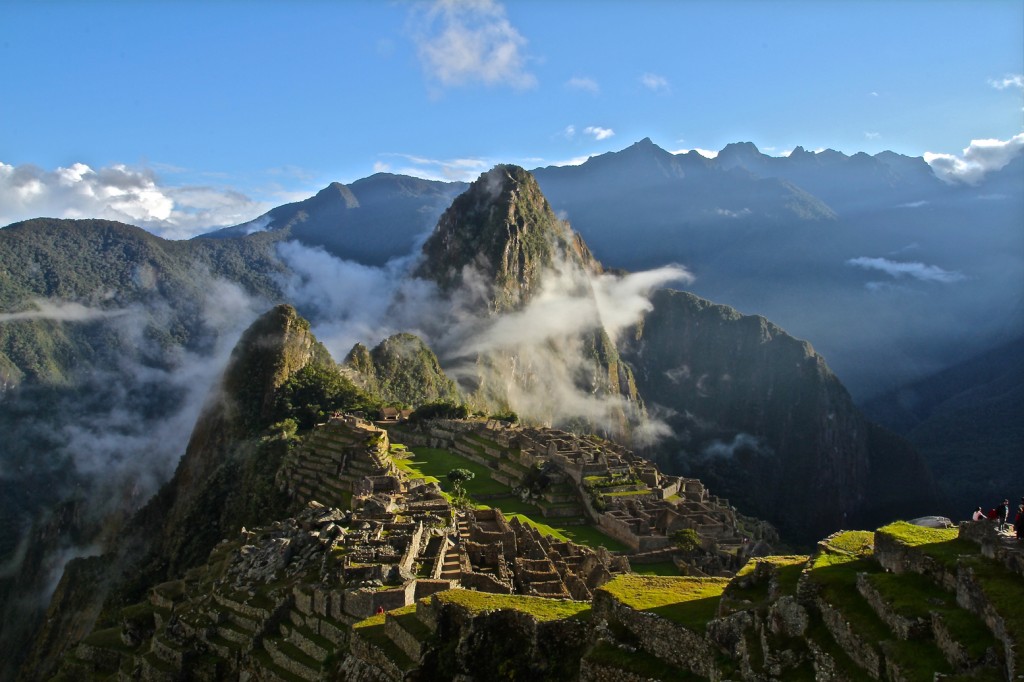 One of the Seven Wonders of the World, Machu Picchu, has been declared a World Heritage Site by UNESCO, and is the country’s main travel destination. Introduced to the world a century ago as the Lost City of the Incas by the American Hiram Bingham, the city still guards the secret of the reasons why the Incas had it built. Was it a retreat for the royal family? Or was it intended to be a sacred place devoted to Sun worship, inhabited by acllas or Sun virgins? Or was it a defence fortress built to impede the possible advance of the Amazon jungle dwellers that threatened the empire? Beyond these reasons, what intrigues one and all is the fact that this marvel of architectural and engineering was built in such an inaccessible spot, surrounded by untamed nature.

5. Sleeping at Phuyupatamarca on the Inca Trail 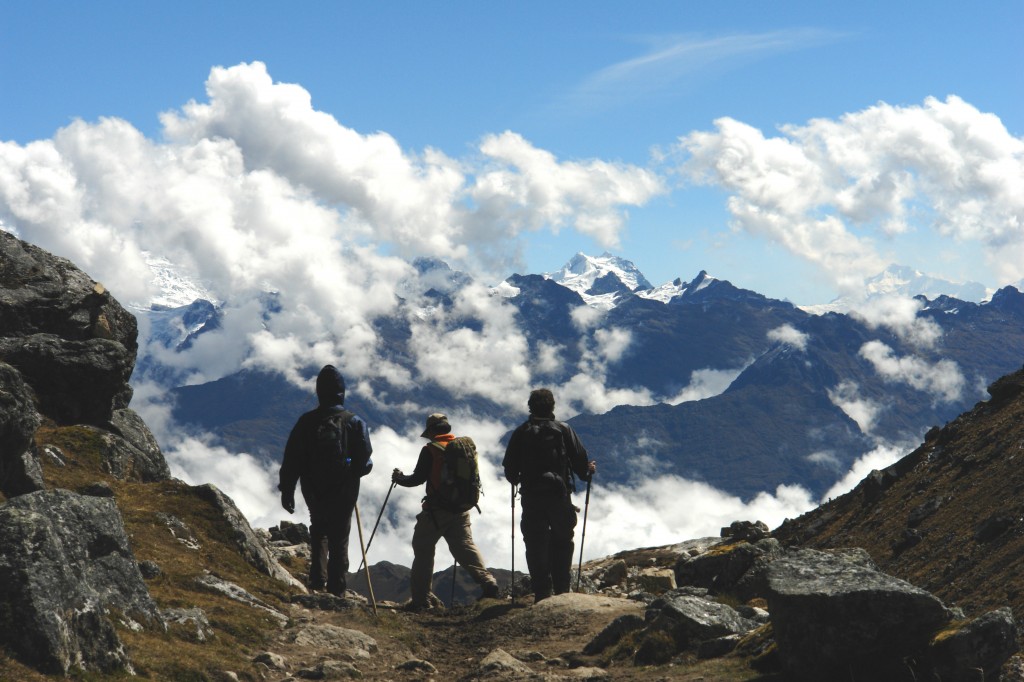 There are numerous ways to walk the Inca Trail, 4 days 3 nights, 4 days 4 nights, 2 days 1 night or the longer 5 days 4 nights.  On the 5 day 4 night trek, you will avoid the large majority of other walkers as it is slightly longer and certainly more expensive (this eliminates a lot of the backpackers). Your third night of camping is unquestionably the best as you camp above a small Inca ruin called Phuyupatamarca – which translates as city in the clouds – and is perched on a ledge offering a 180 degree of the Andes, in the centre of which is the holy Inca mountain of Salcantay (6,271 m).  Watching the sunrise and sunset here, knowing you have conquered the bulk of the Inca trail and will be seeing Machu Picchu at the end of the day is simply magical.

6. The Inca Ruins of Ollantaytambo 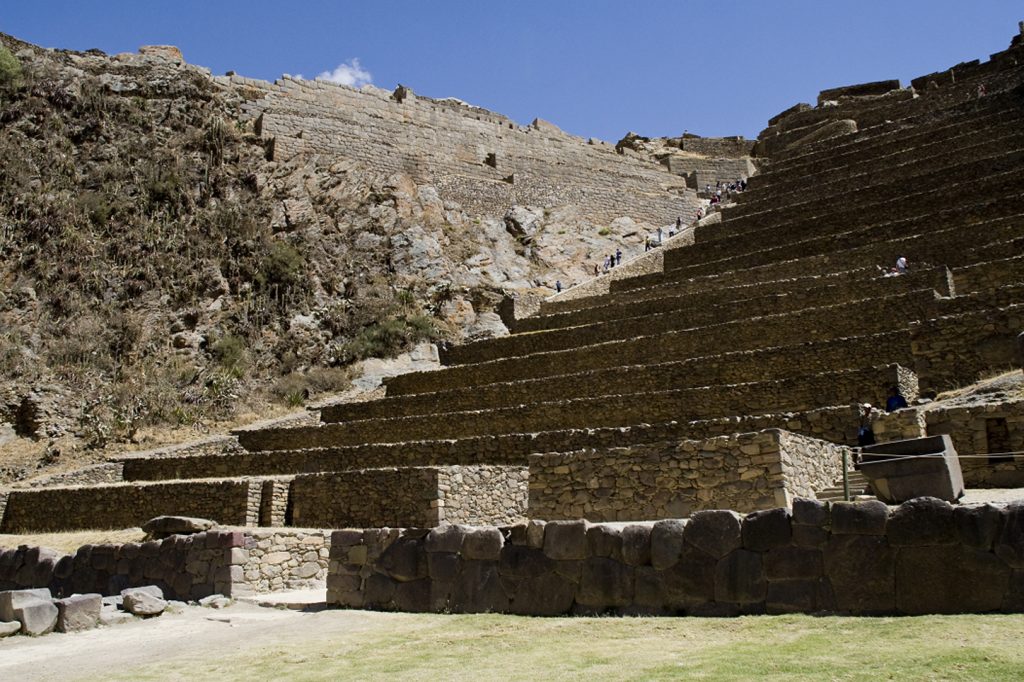 Ollantaytambo is one of the last remaining Incan towns, which was once fiercely guarded by a massive fortress. This enormous archaeological complex was the royal estate of Emperor Pachacuti who conquered the region, though it also used to serve as a wayside inn for royal delegations on long journeys. Surviving structures here include multiple walls and towers that were used to protect the citadel from possible invasions as well as an impressive stairway and baths. 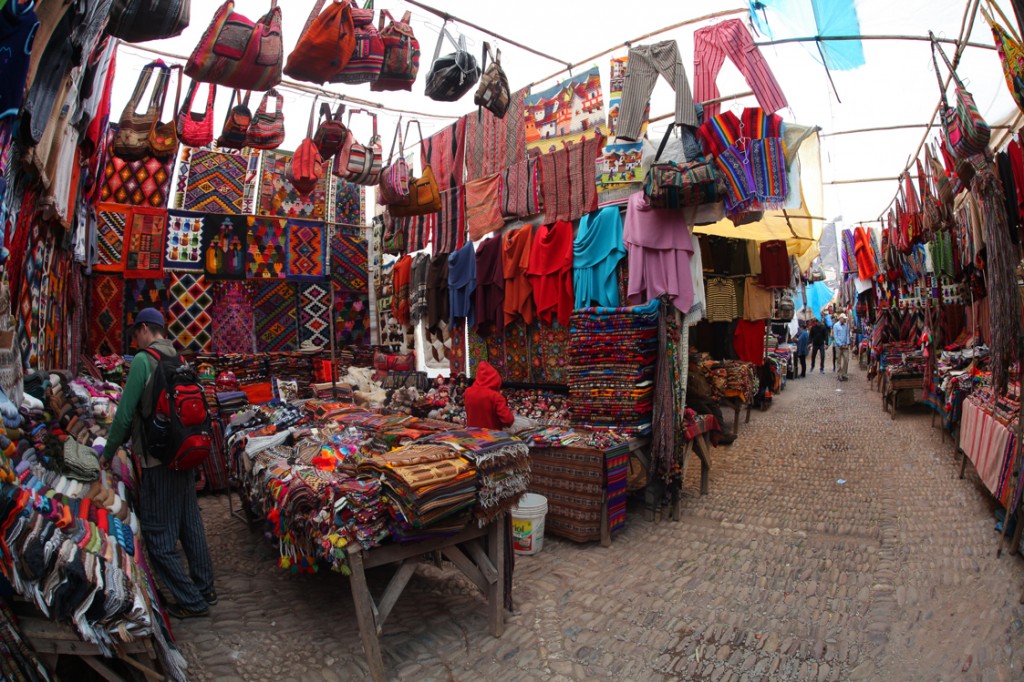 Pisac is famous for its Mass and market. The Mass is attended by the ‘mayors’ of the neighbouring villages, complete in typical dress and carrying their traditional ‘varayoc’ or staff of office and can only be seen on a Sunday. The market is an assault of the senses with colourful weavings, local leather, local food, touristy artefacts, fruit, veg and local meats all on display in the numerous stalls.  The Pisac market also runs smaller market days on a Tuesday and Thursday, but is best on a Sunday. 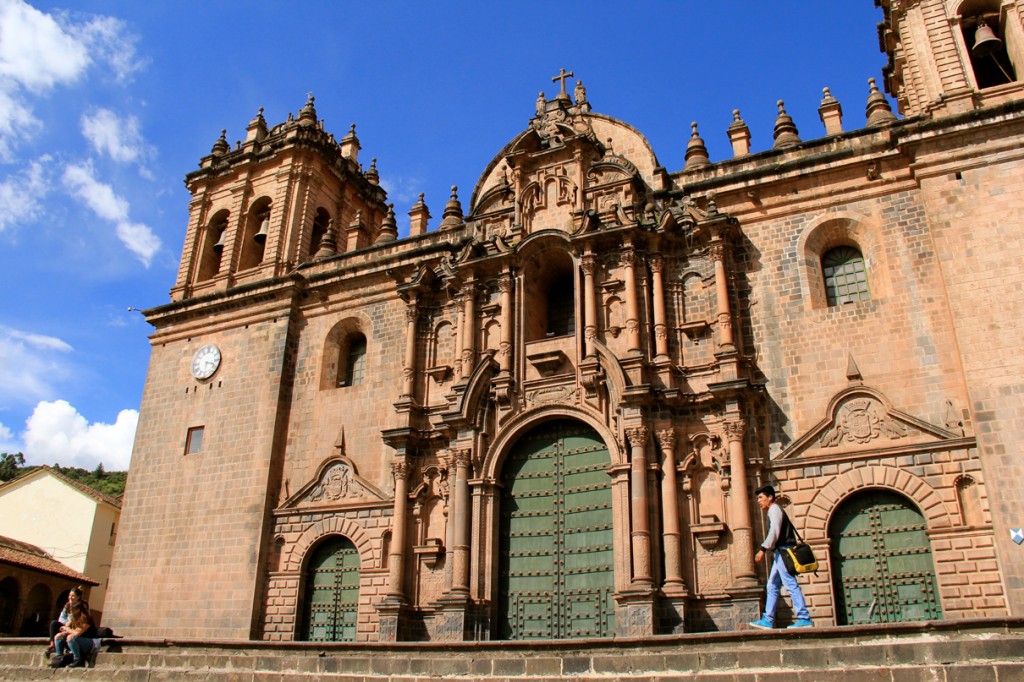 No visit to Peru is complete without some time in this incredible city which is a blend of Inca and Spanish Cultures. It is surrounded by Inca and pre-Inca ruins such as Tambomachay, Quenko and Sacsaywaman.  The city also has some superb churches and plazas as well as hidden cobbled streets lined with artisan shops making it an ideal place to explore on foot. It is also worth visiting Korikancha or the Temple of the Sun, the main Cathedral and the San Pedro Market. If that is not enough it is also teeming with top quality restaurants and a vibrant nightlife. 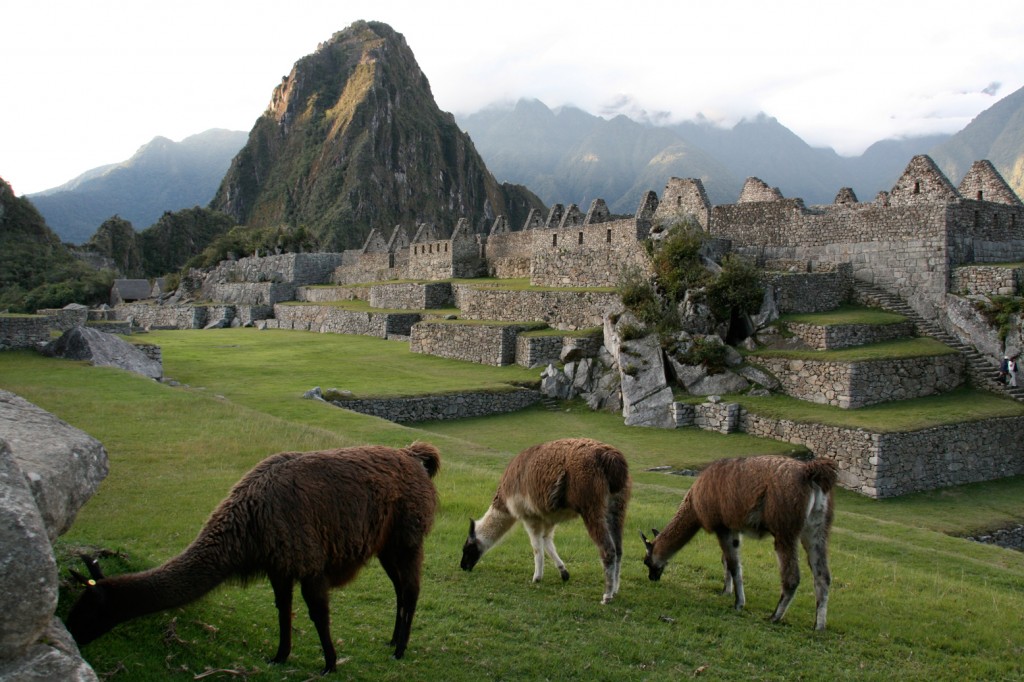 Standing in front of Machu Picchu as a careful guardian is Huayna Picchu, a hill where you will find the remains of what was considered to be the Temple of the Moon. This steep walk up takes about 45 minutes and offers a different view of this incredible city, from the top you can see that the site was built in the shape of a Condor – one of the sacred animals of the Incas. 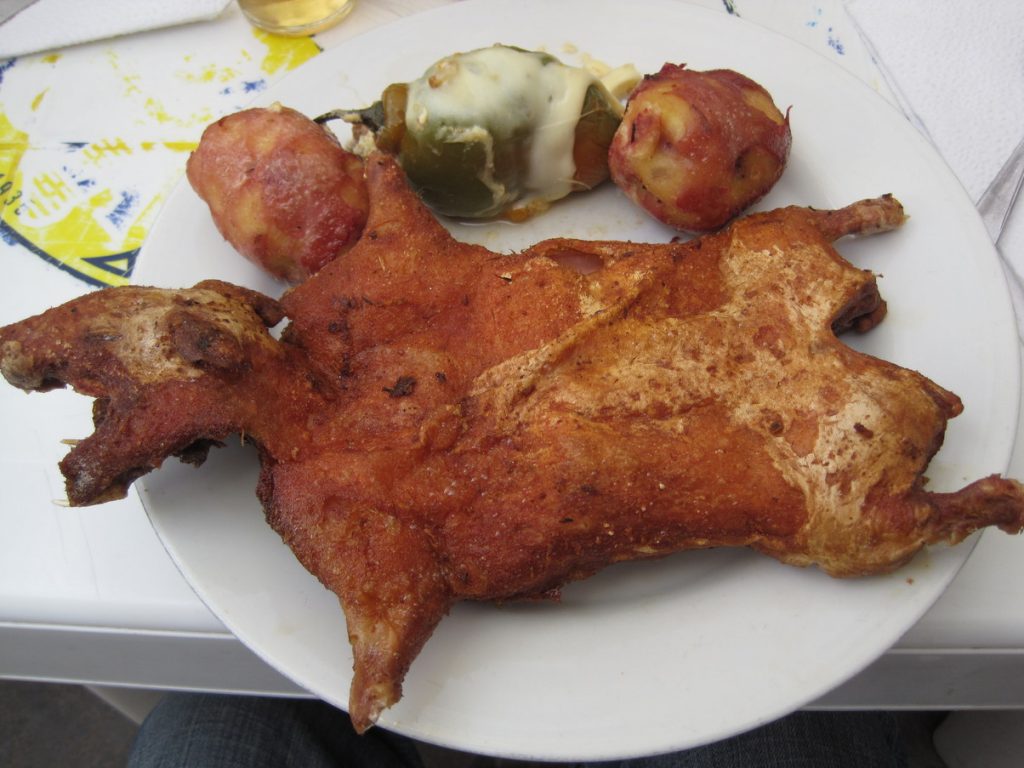 One of the delicacies of the country’s gastronomic order is the small animal some of you had as a pet when you were young – guinea pig. It can be served one of two ways; roasted, in which case it comes to your table standing on its hind legs with a tomato in its mouth and you will find the meat falls off very easily, or fried, in which case it looks like it has been run over and arrives with all 4 legs spread out, is tougher to eat but with a crispier skin.  Either way, order a larger starter as there is not too much meat to fill you up, bon provecho!

Get in touch and we will help you escape from the ordinary and plan your next adventure. What you waiting for? There’s a whole world out there waiting to be discovered.