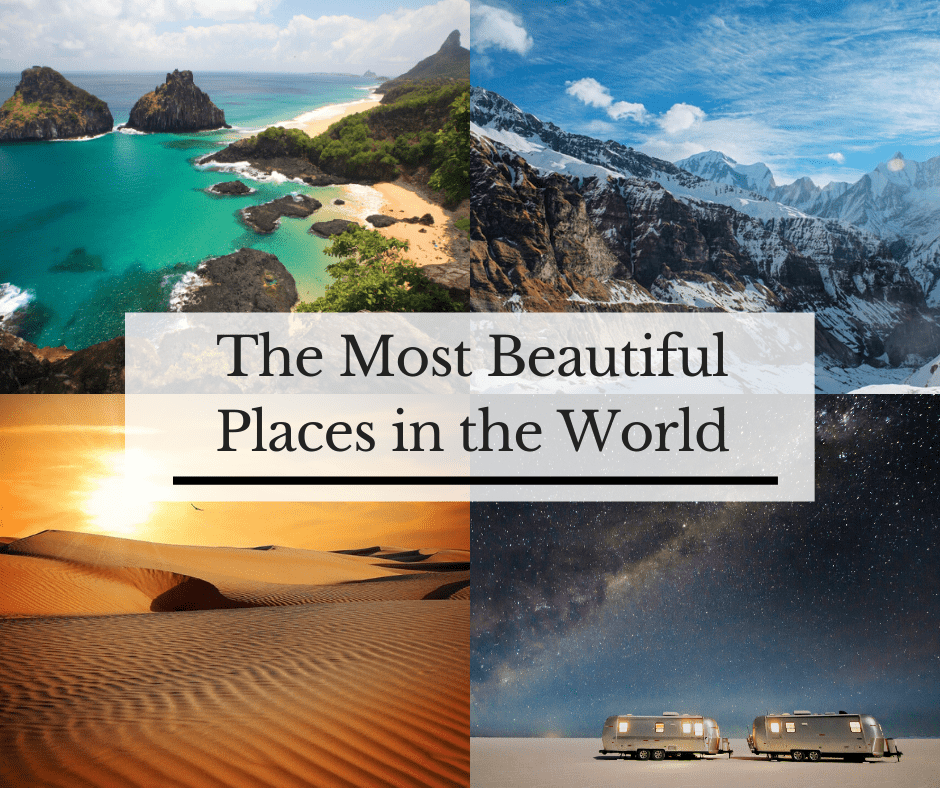 We live in a world that is filled with natural awe and wonder. From giant glacial fjords, to majestic mountains and wild animals living in canyons to mind-blowing, architectural structures.

When you see these breathtaking places, you feel a fresh wave of inspiration wash over you. And when you can’t pack your passport to experience the awes of travel in person, sometimes experiencing dreamy destinations from your sofa can help to satisfy your desire for new horizons and fill you with hope.

Enjoy our Most Beautiful Places in the World.

These are all places that we have seen in our travels over the years and all have special memories for us. Who said we couldn’t still go on adventures together? 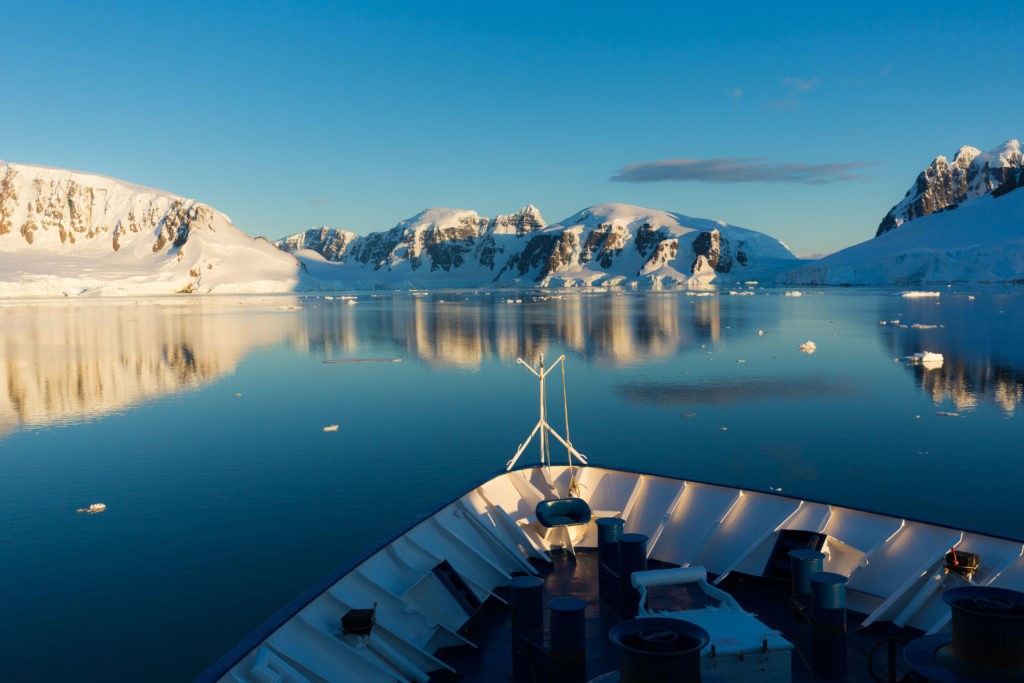 Everything about Antarctica is superlative. The world’s highest, driest, coldest, cleanest continent is one of the world’s last frontiers. As such it leaves a lasting impression on the minds of all visitors with its 360-degree views of untouched snow. And those views are made even better when an emperor penguin or humpback whale makes an appearance. 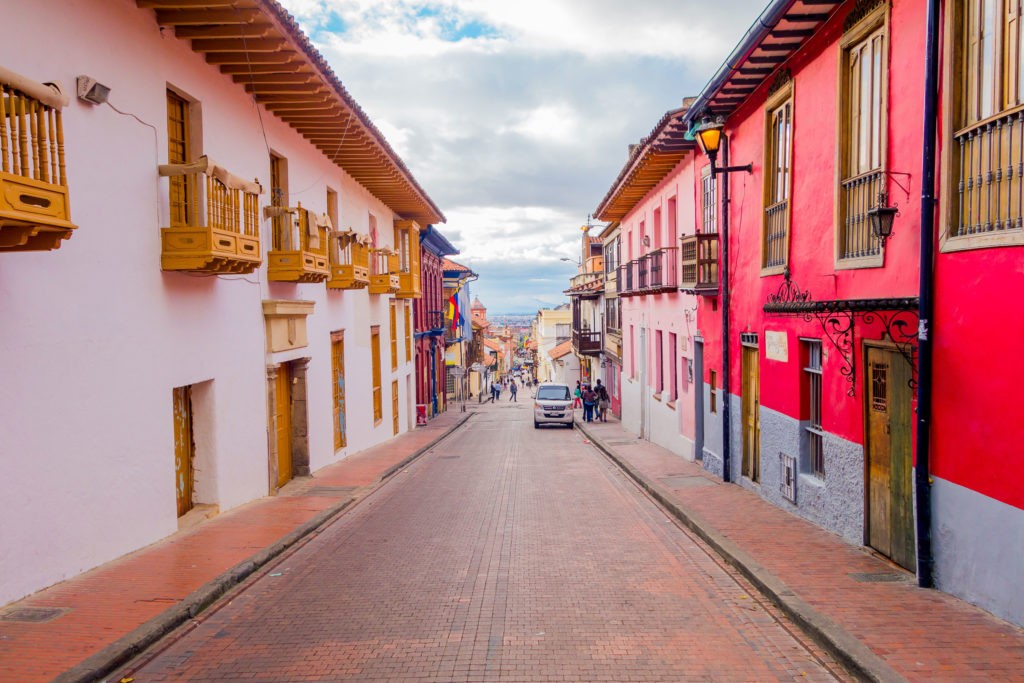 Walking through its narrow yet remarkable streets you understand immediately why Cartagena is in the list of UNESCO World Heritage Sites. It is a historic city of superbly preserved beauty lying within an impressive 13km of centuries-old colonial stone walls. The experience awakens all five senses with the rhythms of cumbia and mapalé, the smells of the flavours of the Caribbean and all the while buffeted by a Caribbean breeze making the city an incredibly romantic destination. 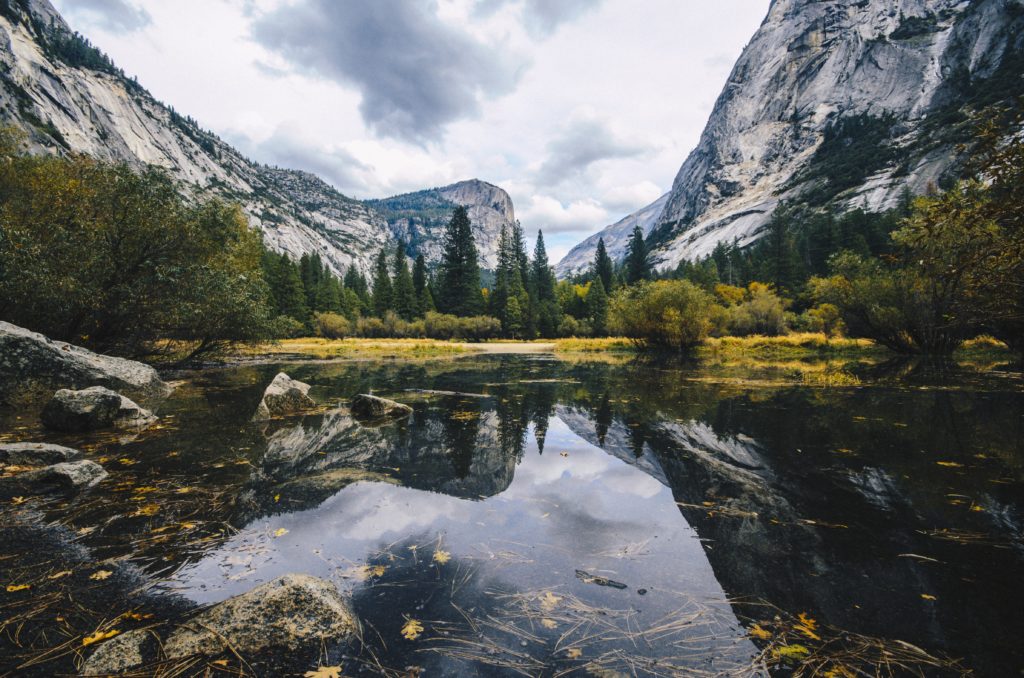 In Yosemite National Park there are awe-inspiring vistas, granite icons that are more than twice the height of the Empire State Building and breath-taking waterfalls. Home to the infamous El Capitan and Half Dome, Yosem­ite Valley is one of the wonders of the natural world. A horseback trip through Mariposa Grove, the park’s largest stand of giant sequoias (more than 500 trees) is particularly memorable. The most celebrated tree is the Grizzly Giant, standing at 209 feet (63.7 m) tall and more than 1,800 years old. 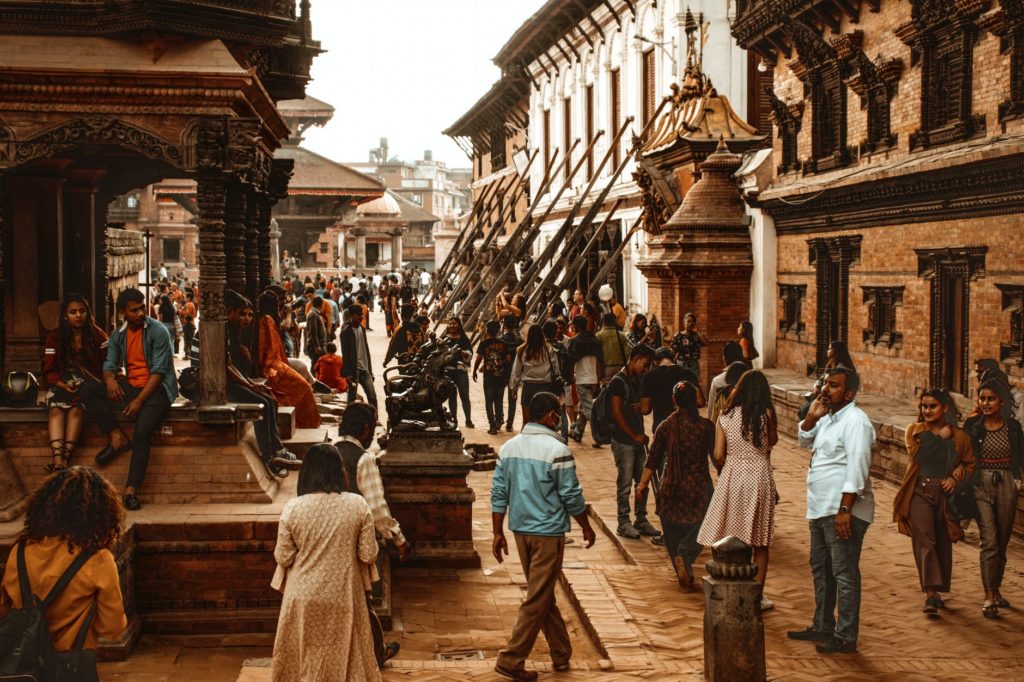 Bhaktapur is a little town located just under an hour away from the giant, chaotic capital of Kathmandu. The ancient city is like a living museum and walking the cobbled streets is a joy. With three major squares full of towering temples that are some of the finest religious architecture in the country, it is a mesmerising sight to behold. Cultural life is proudly on display as along narrow alleys, artisans sew beautiful cloths while newly kilned pots dry, people gather to bathe, get water, play games and socialise. 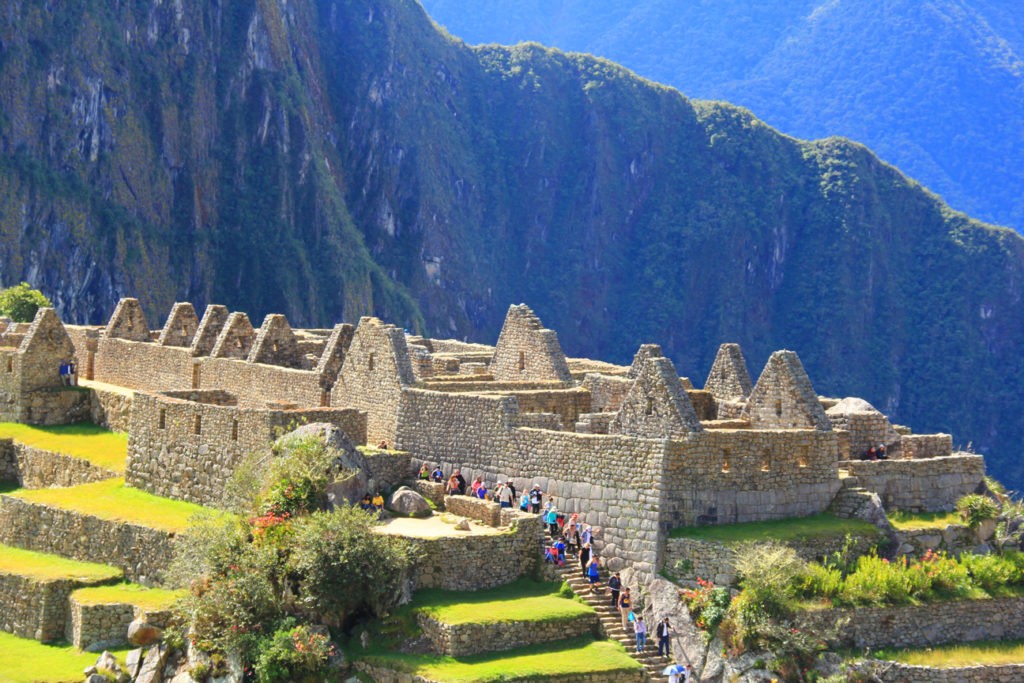 This is the epicentre of the Inca world with centuries-old secrets trapped in its ancient walls. The trip to Machu Picchu can be done several different ways and absolutely lives up to every expectation. One of the most popular and spectacular is the Inca Trail. A 5d/4n trip where overnight accommodation is in tents with porters carrying your trek bags. You traverse the Andes shrouded in swirls of mist, passing archaeological ruins, rivers, terraced valleys, snow-capped peaks, cloud forest, and a wide array of flora (including numerous varieties of orchid) and bird life. 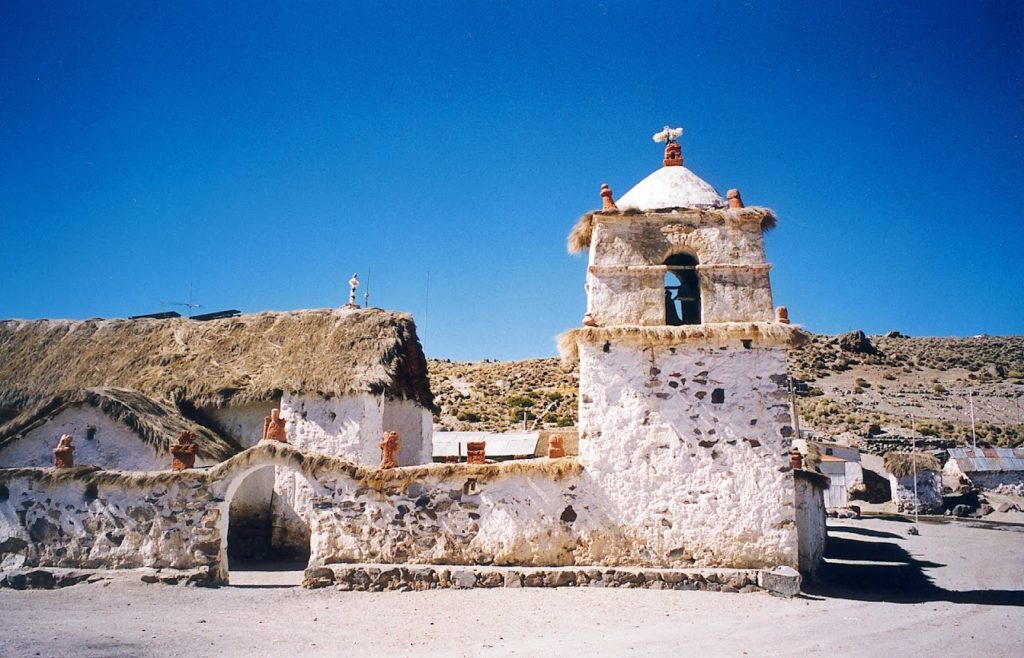 Have you ever dreamed of exploring the moon? A trip to see the Valley of the Moon with its unique lunar landscape is the next best thing. The oldest and driest nonpolar desert on Earth, it is an amazing geological spectacle and transforms at sunset into a kaleidoscope of reds, yellows and orange. It is also the best place in the world to spot the solar system’s secrets with as many as 330 cloud-free nights a year. 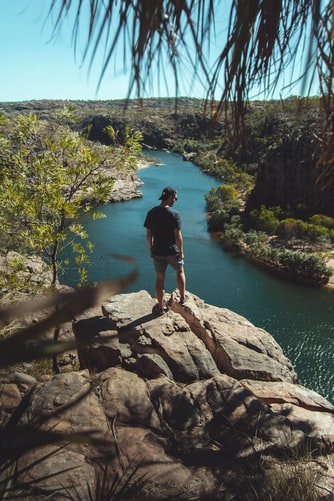 Located way up in Australia’s remote and wild Northern Territory, Katherine Gorge National Park epitomises and protects 292,800 hectares of this country’s truly incredible landscape. With 13 separate gorges it’s breathlessly beautiful and has superb hiking and kayaking. It really does stand out as one of the highlights of a road trip around Australia. 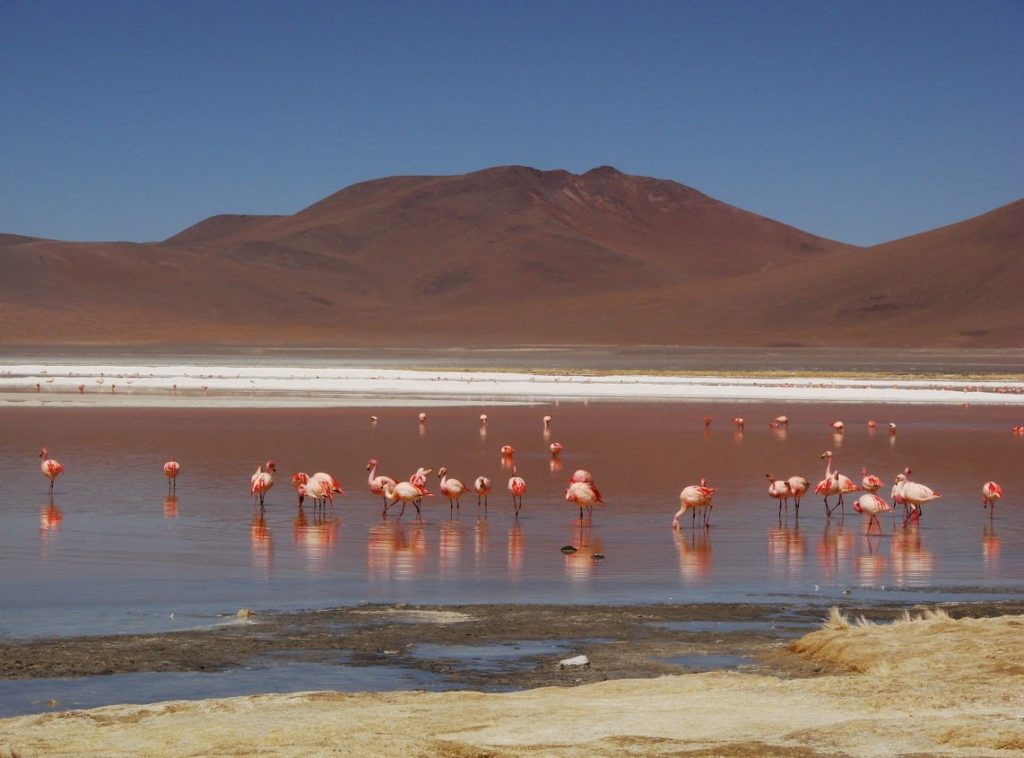 About a three-hour drive north of Chile’s San Pedro de Atacama, this salt lake in the shadow of the Andes is known for its blood-red waters – the result of algae that thrive in extreme heat. The place’s flamingos look their best from December to April, when they are breeding. Be sure to catch the water at sunset, when it’s at its reddest. 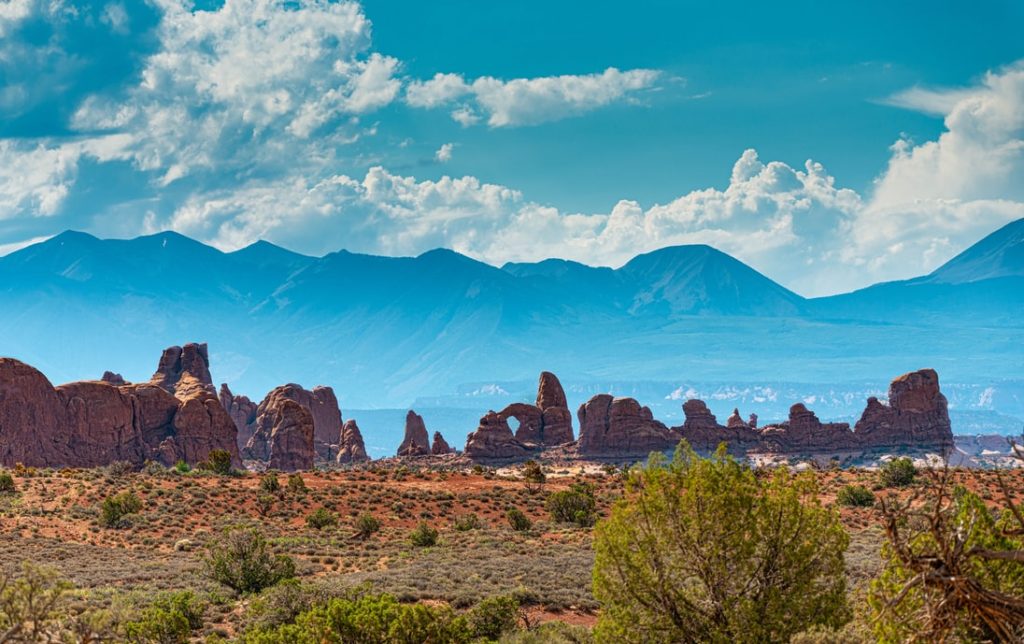 Arches National Park contains the world’s largest concentration of natural sandstone arches. The sultry red rock landscapes cast stunning silhouettes against big skies, which is why this is one of the most photographed national parks in North America. Hiking the trails you can’t help but be humbled by the colossal sandstone fins, massive balanced rocks, soaring pinnacles and spires. There are over 2,000 stone arches including the famous Delicate Arch, at the tip of a deep canyon, the perfect spot for watching the sun go down. 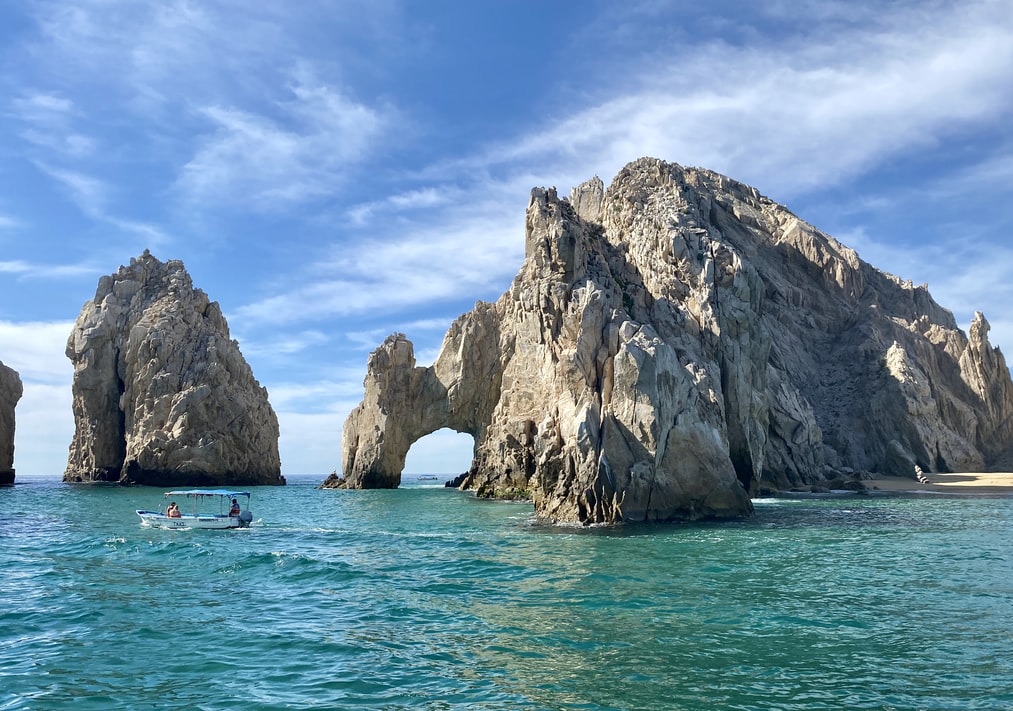 Cabo San Lucas is known for its sugary white beaches, clear, almost luminescent waters and the legendary Arch of Cabo San Lucas; standing tall where the Gulf of California meets the Pacific Ocean. Yes, it is also famous as Baja’s party holiday central. However, if you venture out of the all- inclusive hotel, you’ll find much to discover – 67 national parks, 5,000 miles of coastline, as well as deserts and snow-tipped volcanoes. 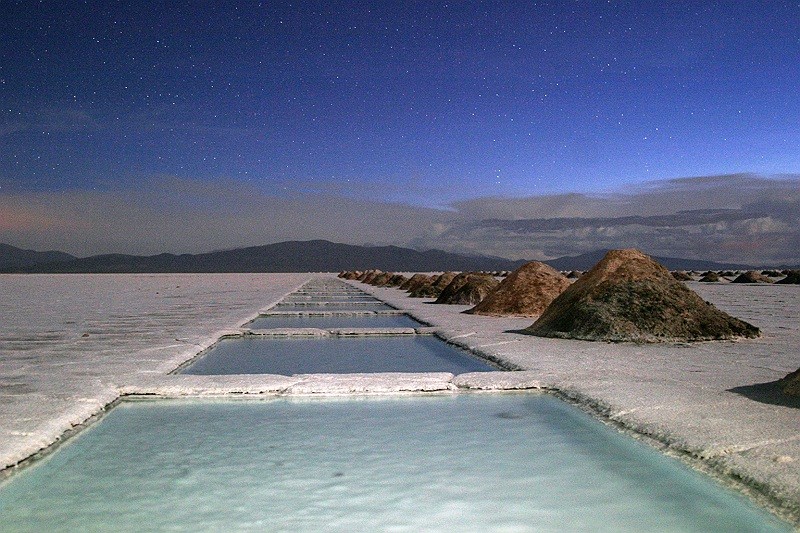 Nothing is as it seems in the uplands of Argentina – a wondrously eerie place for those keen to get off road. It has the most mesmerising volcano you are ever likely to set eyes on as well as mountainous ridges, icy peaks and stunning colonial villages. 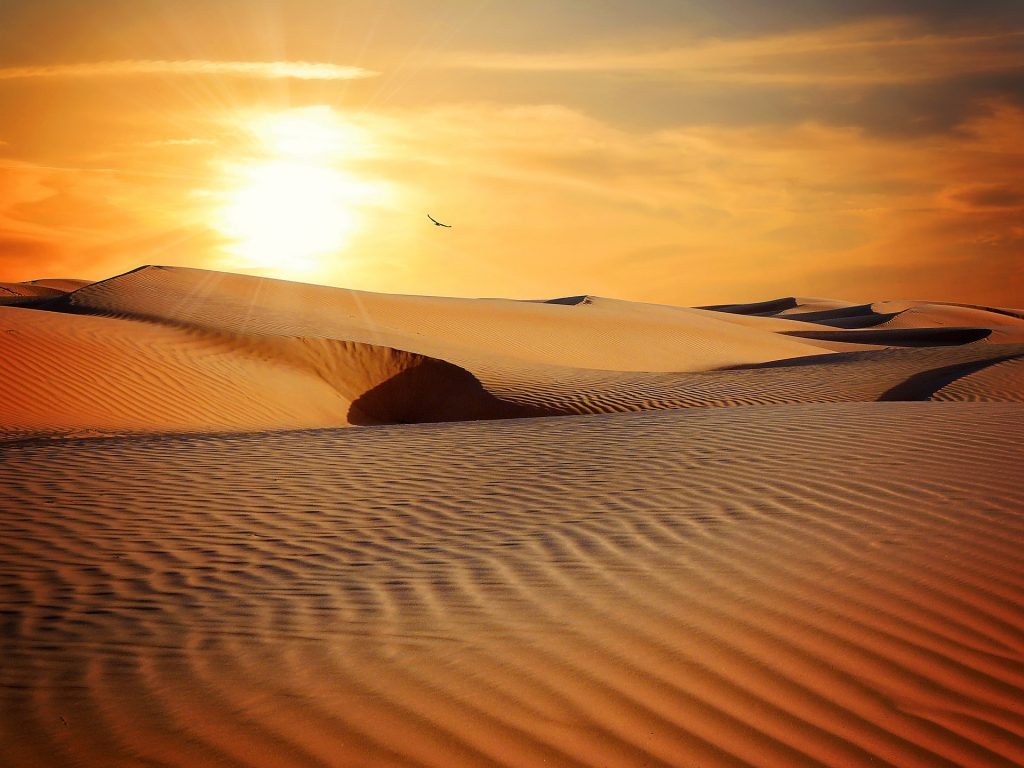 In the heart of eastern Oman, the Wahiba Sands is an ocean of regular dunes that seem to stretch out endlessly. Pale gold at noon, the towering piles of sand shift between rich yellow and coppery orange when the sun is at lower angles. Just a three-hour drive from Muscat, they are the epitome of Arabia and of many a desert film location. 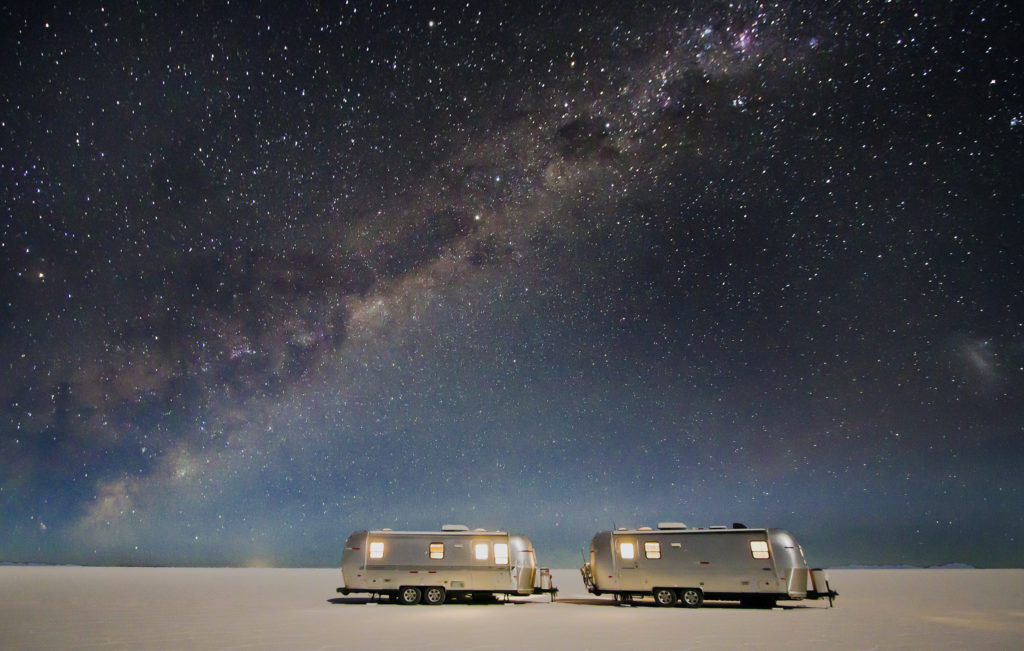 South-west Bolivia’s Salar de Uyuni is the largest salt flat in the world and is about as surreal as landscapes come. When dry, it’s a sheet of blindingly white salt tiles. And during the wet season, the shallow lake mirrors the sky, creating a dreamy illusion. 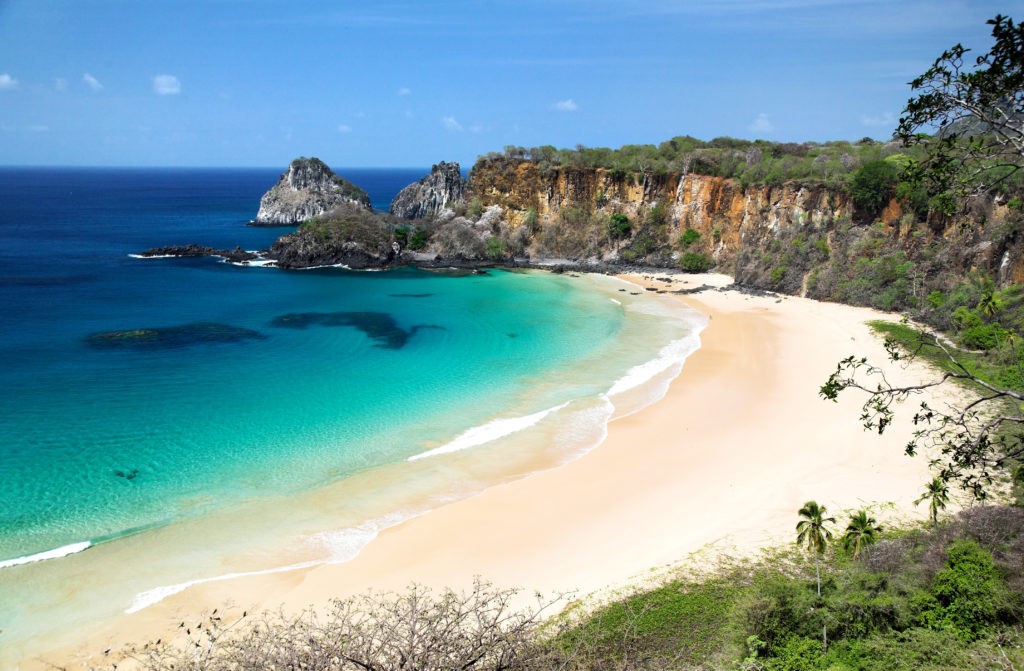 This archipelago of Fernando de Noronha the north-east coast of Brazil has some of the best beaches and landscapes in the country. Think waterfalls, towering cliffs, stretches of white sand and – perhaps best of all – limited tourists. Swim with sea turtles, rays, dolphins and reef sharks in its warm, clear waters. 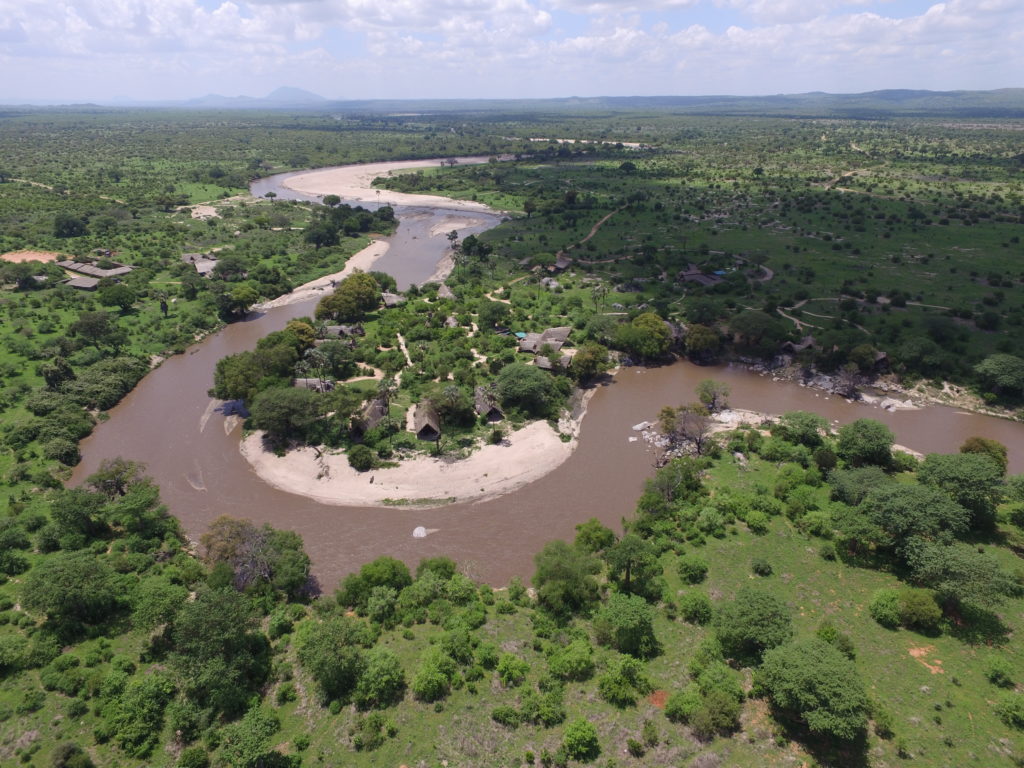 Ruaha is an enormous, little-visited wildlife area in south western Tanzania. It is incredibly enticing for those who are, like me, forever in search of truly wild places. A vast landscape of baobab forests, tall palm trees reaching for cobalt blue skies and wide, bleached-sand rivers of dark volcanic rock. Here, you can seen more elephant and lion than anywhere else in Africa.

Pushkar has a magnetism all of its own – it is one of the oldest cities in India, and one of the holiest on the planet. Famous for its spectacular Camel Fair, if you were nearby at the time you would be crazy to miss it. Curled around a sacred lake the city is stunning, painted a range of pastel shades, but predominantly white and pale china blue. 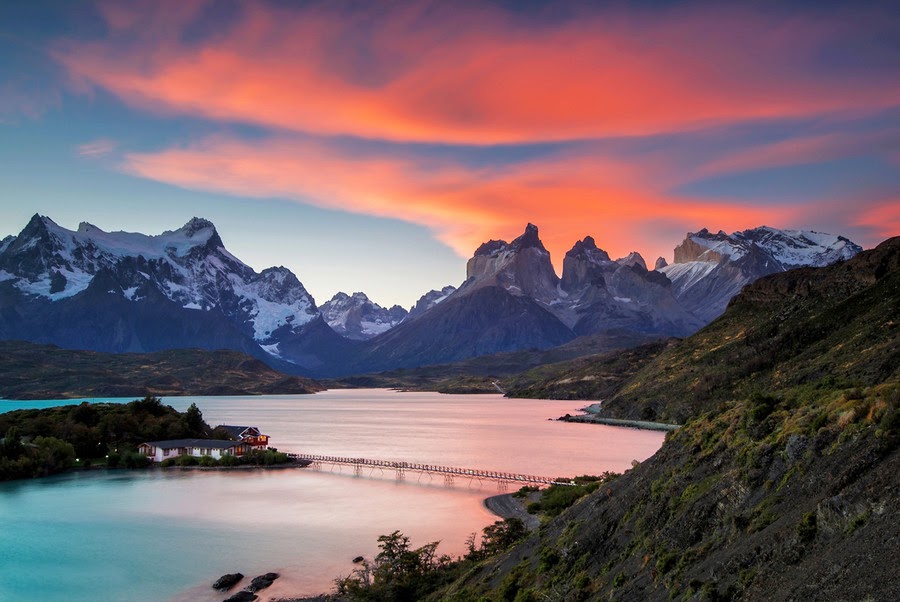 An early visitor to Chile’s Torres del Paine called it “one of the most … spectacular sights that human imagination can conceive.” Here you’ll find towering peaks of granite and basalt, split by glaciers with rainbow coloured lakes and lagoons. The golden pampas (grasslands) shelter rare wildlife such as llama-like guanacos and pumas. 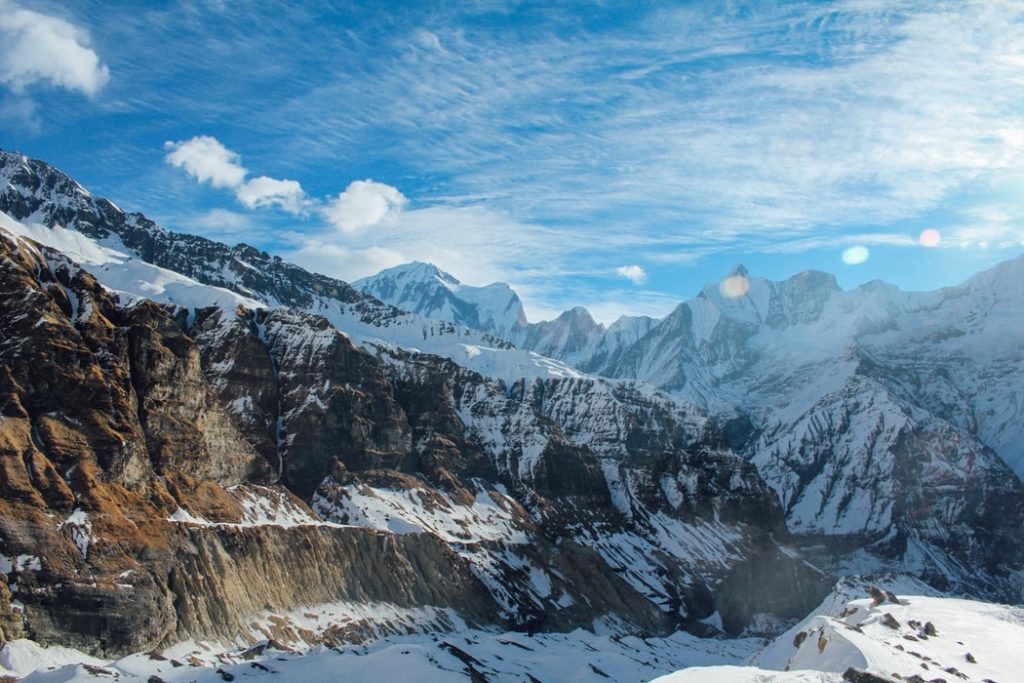 Travelers have been obsessing about the 128-mile route, which circles Nepal’s heaven-high Annapurna range, as the holy grail of trekking since the early 1980s. The 12 to 21-day walk starts in the lush, emerald green villages of the Himalayan foothills. Then it goes over the 5,416m Thorong La Pass and drops down to the Tibetan-influenced temples and communities of the Mustang Valley. 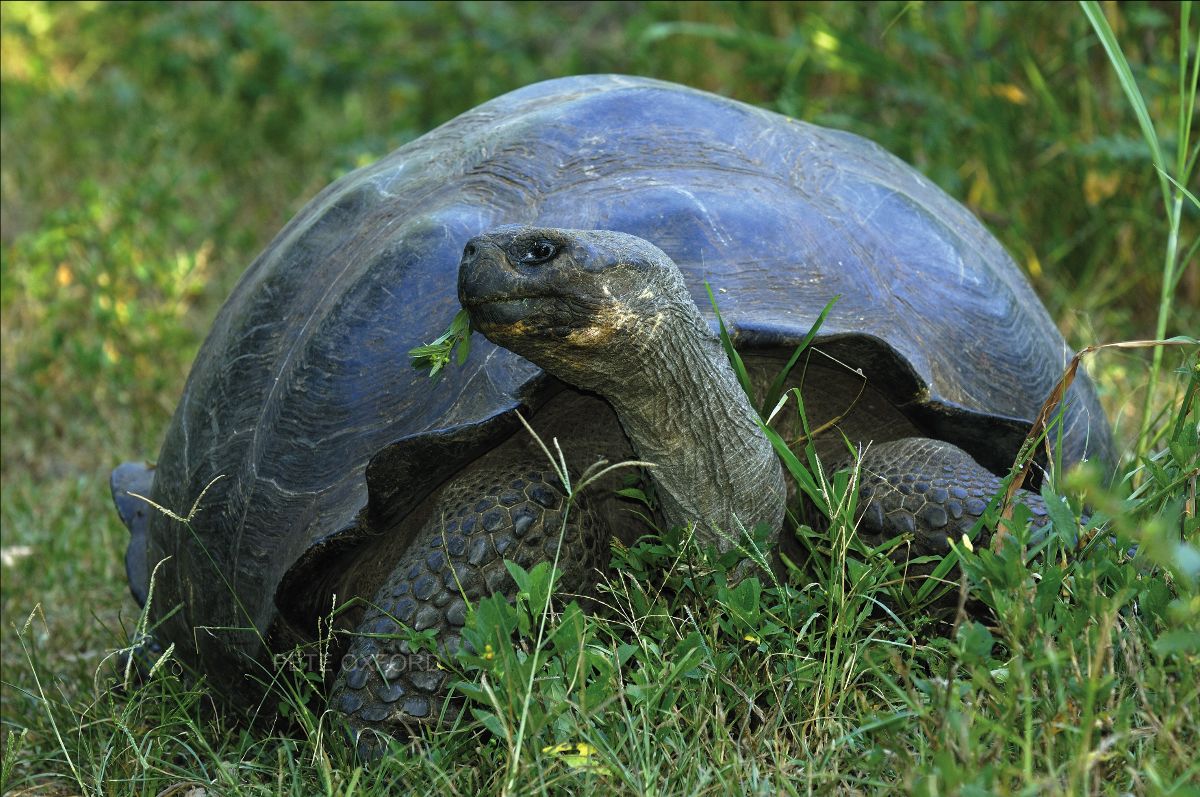 Nothing will prepare you for the “living laboratory” that inspired the work of Charles Darwin. A UNESCO World Heritage Site, remarkably around 95 percent of the islands’ pre-human biodiversity remain intact. The Galapagos islands are home to fascinating creatures found nowhere else on Earth, including marine iguanas, giant tortoises, flightless cormorants, and a diverse variety of finches. 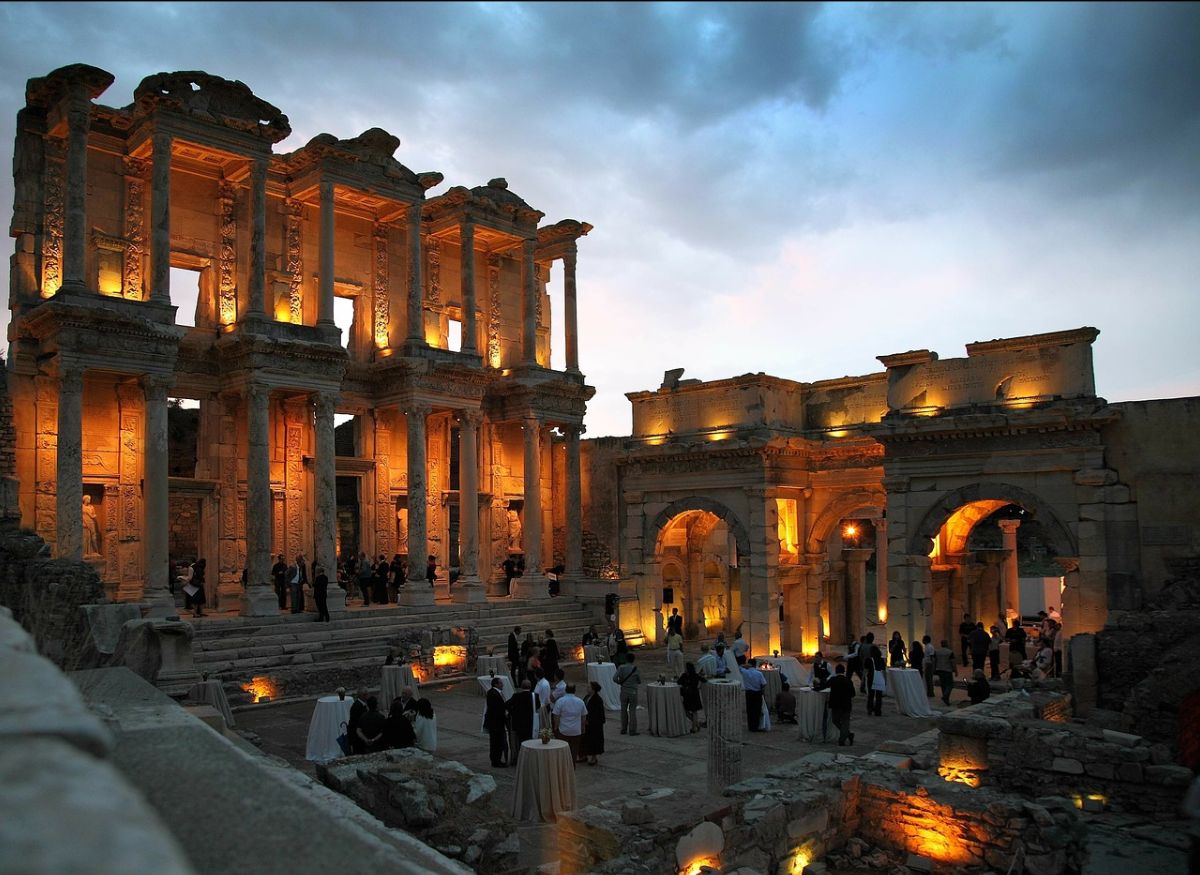 The Ancient City of Ephesus is an outstanding example of a Roman port city. As one of the best preserved and restored classical cities, it tells a glorious tale of life in Hellenistic and Roman times. It is fascinating to spend the day strolling around the site, marvelling at the Temple of Artemis, once the biggest on earth, and one of the Seven Wonders of the Ancient World.

We hope you enjoyed our Most Beautiful Places in the World. Where have you been that you thought was breath- taking? We would love to hear from you!