To read the history of Central and South America is to hear tales of conquests and conquistadors meeting indigenous Mayans and Incas immersed in tropical jungles and atop Andean peaks.

While it’s a somewhat turbulent past, the colonisation of Latin America has produced towns and cities of stunning architecture – classical Spanish facades and Latin fronts blend with their tropical surroundings, Baroque buildings nestle among palm trees and exotic sun fills European-style squares. 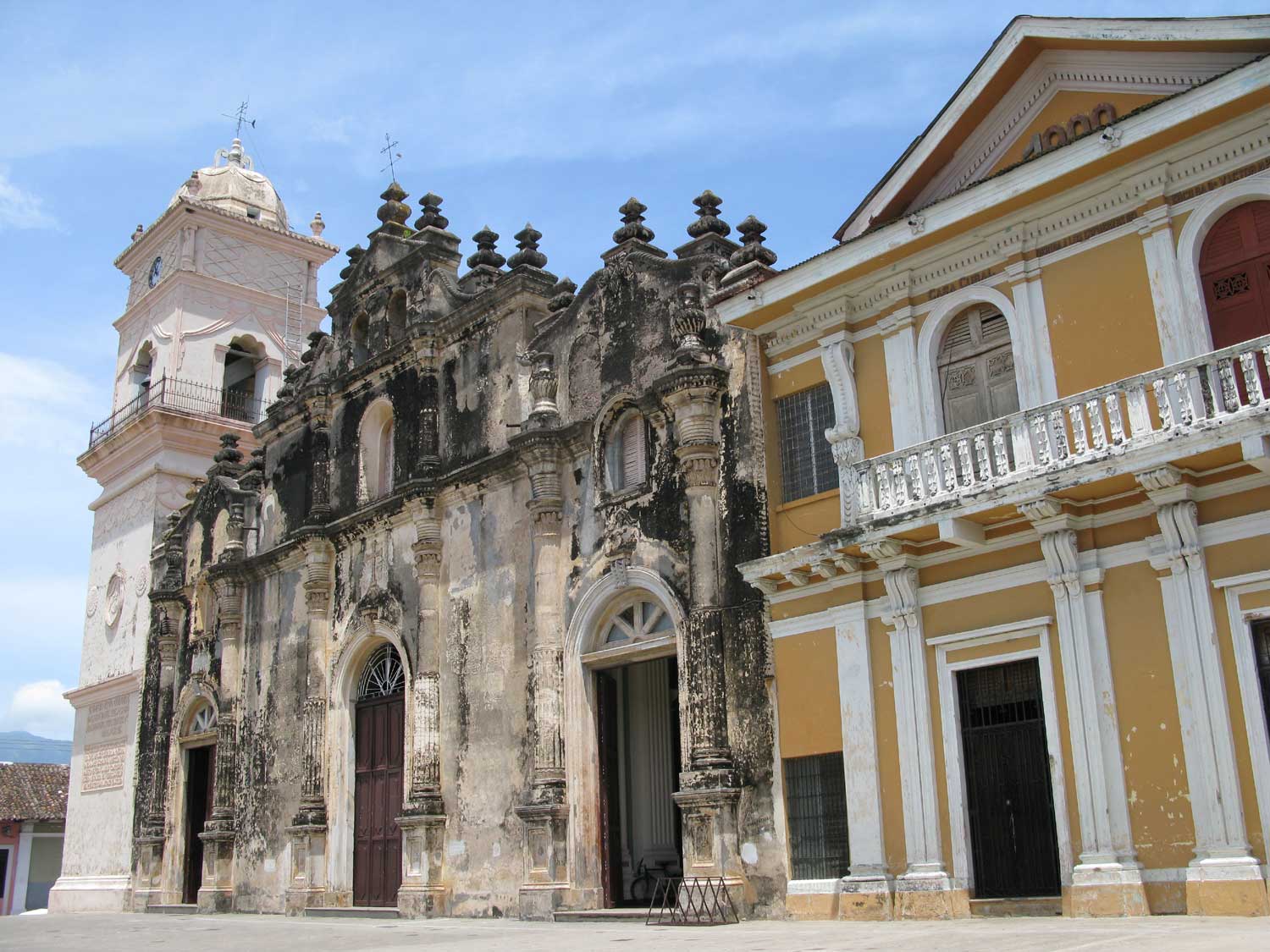 All of the colonial towns have something different to offer, whether it is sea views, impressive plazas, colourfully dressed locals or remote locations, but all of them have one thing in common; they are worth adding to your bucket list. These  cities are our favourite examples of colonial towns and surely worth a visit if you’re going to Latin America – almost all of them are UNESCO World Heritage sites. 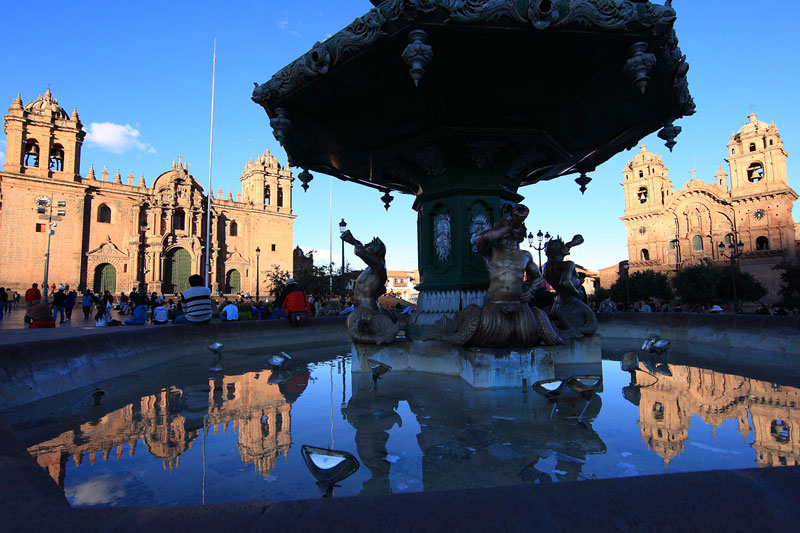 Cuzco: the capital of the Incan empire. The Spanish tried to remove all traces of the city’s previous inhabitants, but an earthquake tore down their buildings leaving only the Inca stonework.  This now serves as a reminder of the past civilisations here.

This is probably the best known colonial town and also the most popular. At its heart lies the impressive Plaza de Armas, which is home to both the Cathedral of Santo Domingo, also known as Cusco Cathedral and was built in 1539 on the foundations of the Palace of Viracocha Inca and the Iglesia de la Compañía de Jesus (Church of the Society of Jesus).

Inca culture remains inextricable from Cuzco’s nature, though from above the central city’s red-tiled rooftops look like a typical Tuscan scene. Beyond the main plaza lie numerous other churches and smaller plazas as well as hidden cobbled streets lined with artisan shops making it an ideal colonial town to explore on foot.

The traditional Inca Trail to Machu Picchu begins here, so it’s also a great place to settle briefly before jetting off into the hills. 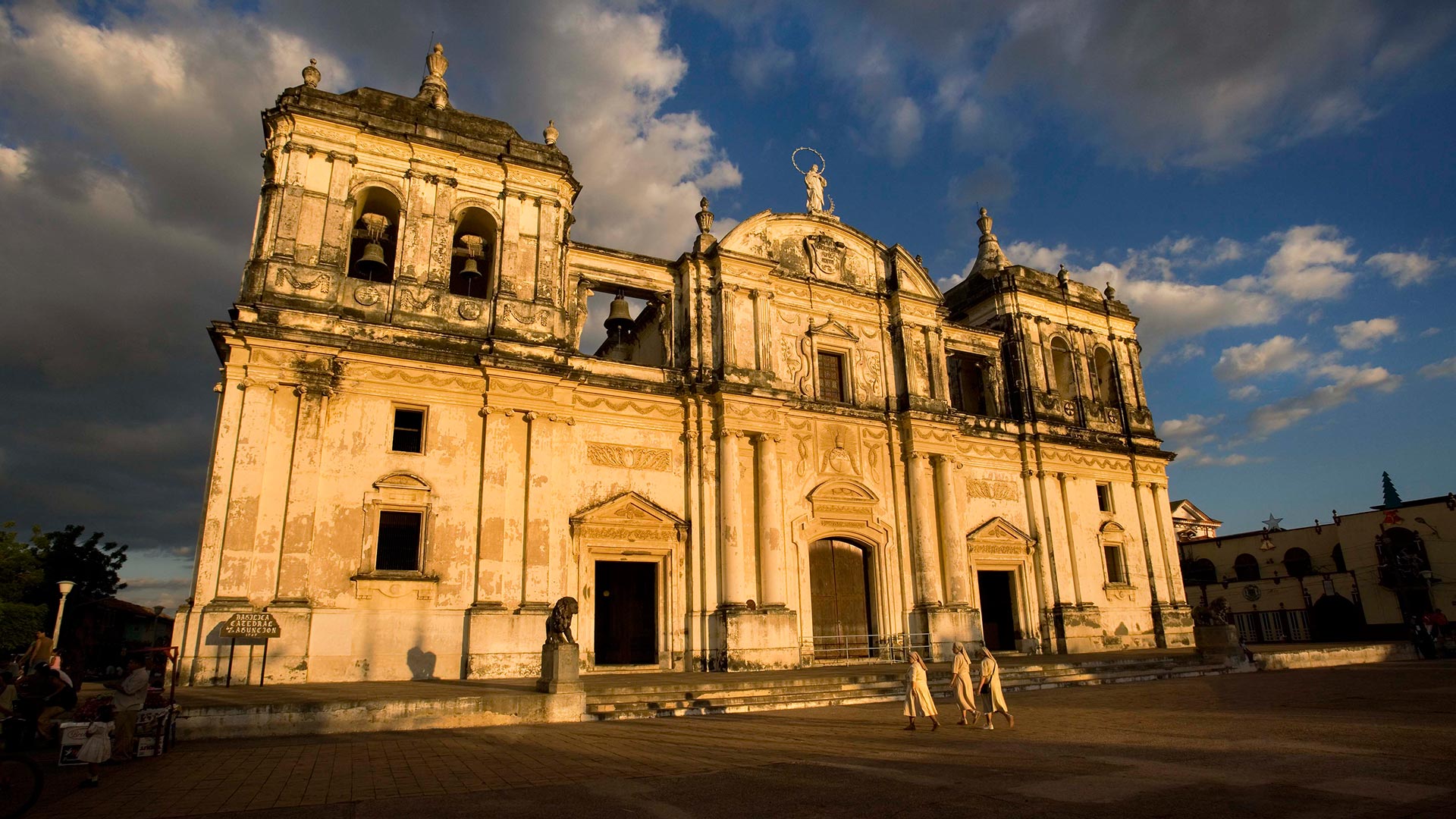 As you walk through the town you have the feeling that few people have been here before. Even though this is obviously not true, it still, somehow, manages to retain that unique charm which makes you feel like you are the first to see it. 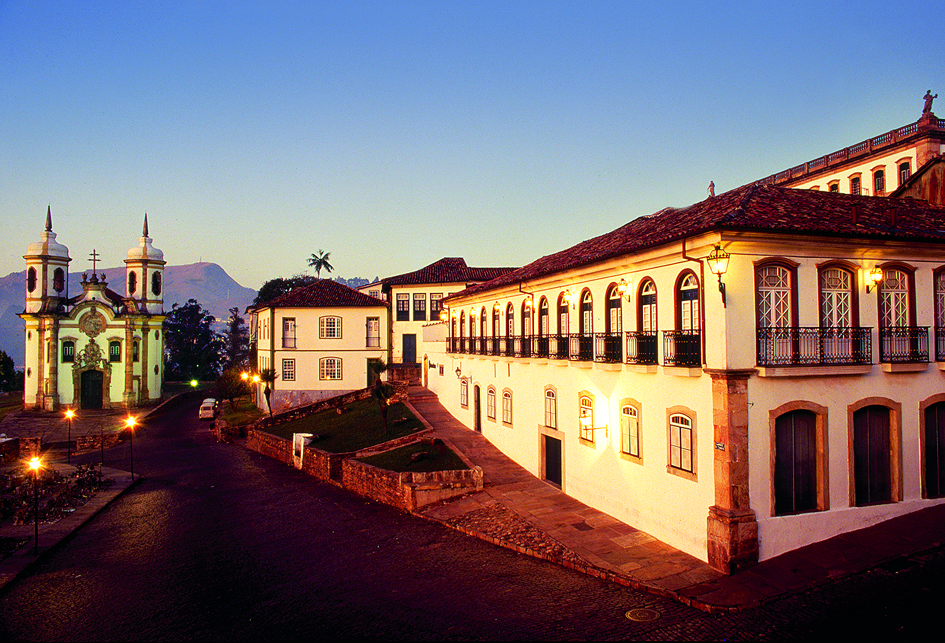 Ouro Preto (meaning black gold) boomed during the Brazilian Gold Rush of the 18th century and is named for its integral part in industry.  Though its influence waned with the decline of the mines, the city is a true step back in time and retains an authentic, Baroque nature.

Its thirteen churches indicate the importance of religion at the height of the city’s glory, which is also celebrated in many ornate fountains, bridges and embellishing features – all set against a backdrop of the Serra do Espinhaço mountains. Ouro Preto is a must see colonial town if visiting Brazil. Surrounded by mountains, it is an excellent place to explore on foot and gives you the opportunity of climbing one of the small hills which give you a breath taking view of the city and its surroundings.

Hot spots: Our Lady of Carmo, Pilar and Antônio Dias are some of the most outstanding churches, while close by the town of Mariana is magically picturesque.  The Serra de Cipo National Park is also near enough to visit if you’re based in the city. 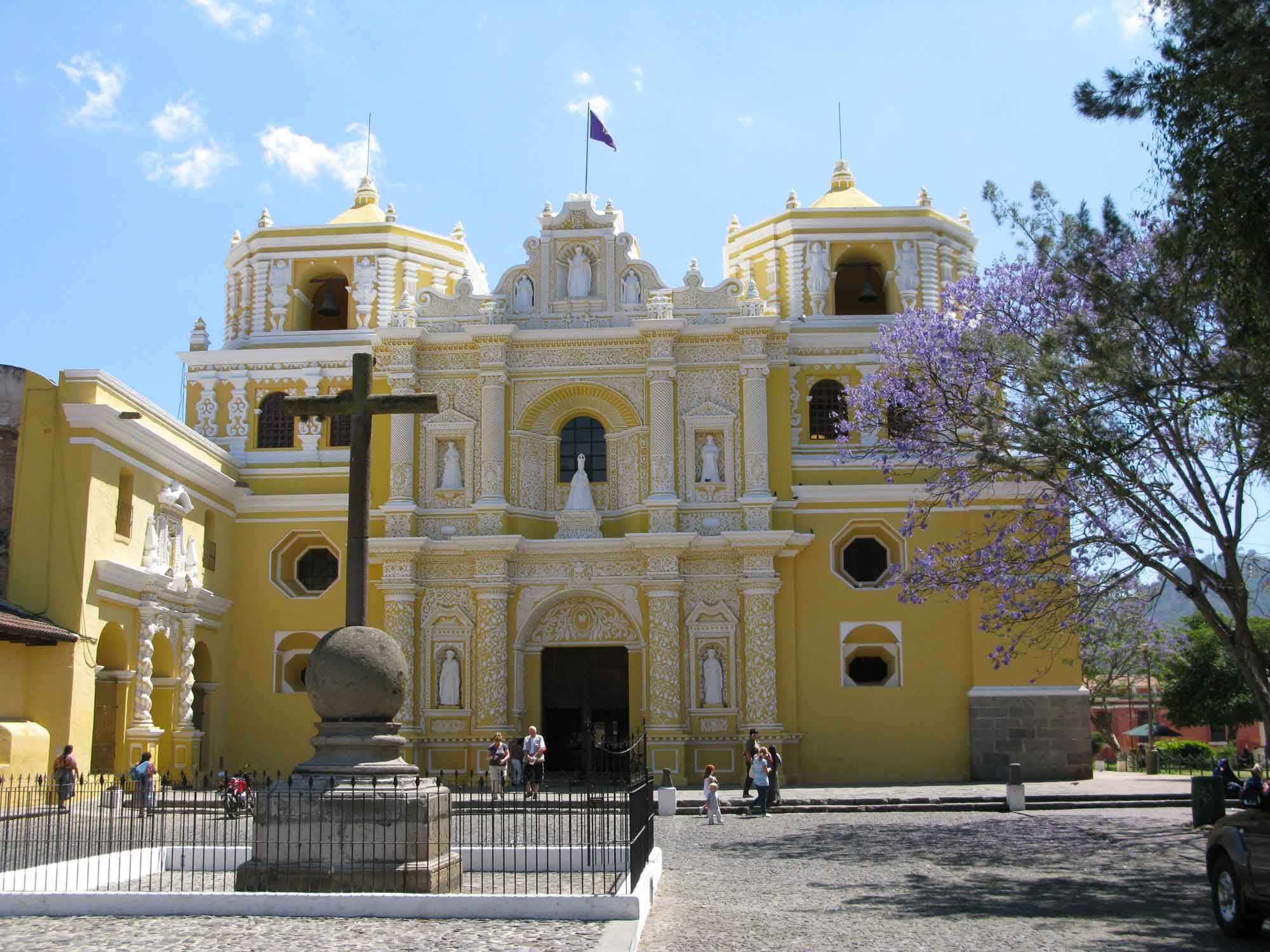 Everyone that goes to Guatemala goes to Antigua. It is still the cultural centre of Guatemala and its close proximity to the international airport in Guatemala City (50 minute drive) makes this a logical place to start any holiday to Guatemala. The city itself contains; 22 churches, 14 convents and 11 monasteries in various states of restoration.

Antigua is laid out in a grid formation, making it easy navigate, it has some of the best restaurants in the country and being located in a lush valley, any one of the numerous rooftops give you superb views of not just the city but also the dominant Pacaya Volcano that sits over her.

It’s a prime example of Spanish Baroque architecture, and also provides an excellent base from which to explore the surrounding terrain – climb the Pacaya volcano, visit local towns on market day and journey through the valley to enjoy the glorious landscape.

Hot spots: The Arco de Santa Catalina in the Parco Central, Las Capuchinas Convent (where the name of the monkey comes from), nearby town Comalapa. 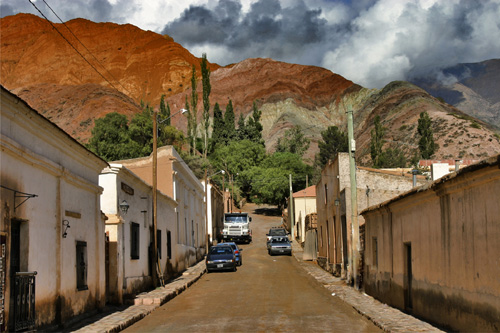 We have always said that Salta & the North West of Argentina is a repeat offenders destination in that most people visit the major highlights of Argentina first; Iguazu Falls, Buenos Aires, El Chalten and Patagonia. Salta is not a colonial town but  a colonial city and it’s beautiful with lots to see and do, not just within the city but in the surrounding countryside as well.

Hot spots: Visiting the numerous churches, the Plaza 9 de Julio, the Cabildo and various museums. In the centre of town is a cable car taking you to the top of San Bernardo Mountain (1,454 m) for superb views over the city. 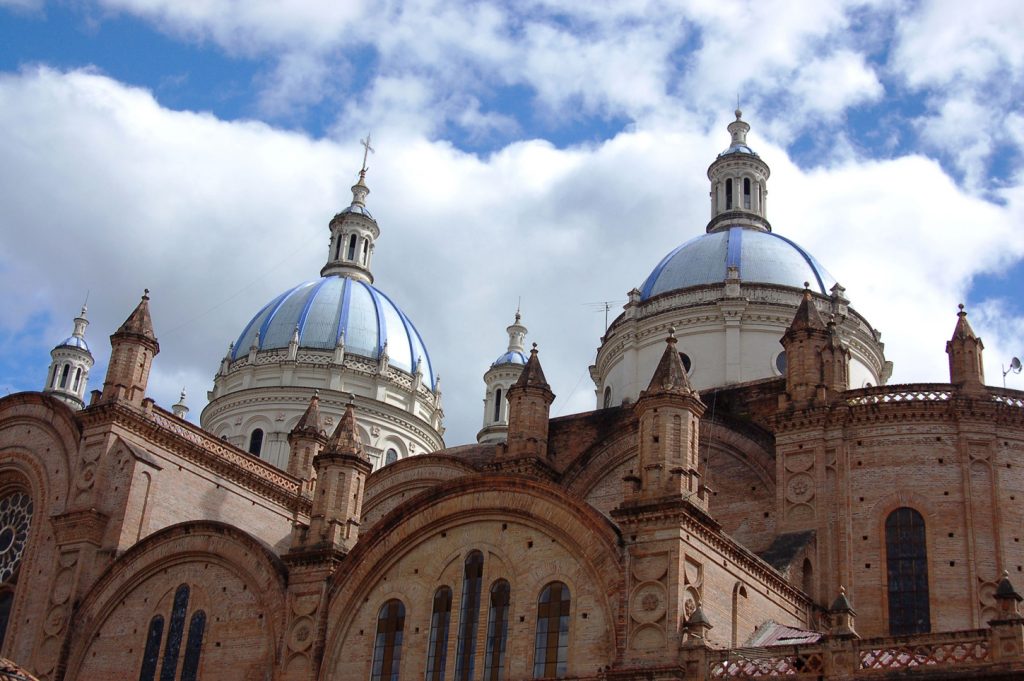 In the highlands of Ecuador lies Cuenca – renowned for its cultural significance and numerous historical buildings, though there have been settlers here since 8000 BC.

Hot spots: The Plaza Rotary has a bustling daily market, and both the El Cajas National Park and the ruined city of Ingapirca (the country’s largest Incan site) are a short drive away. 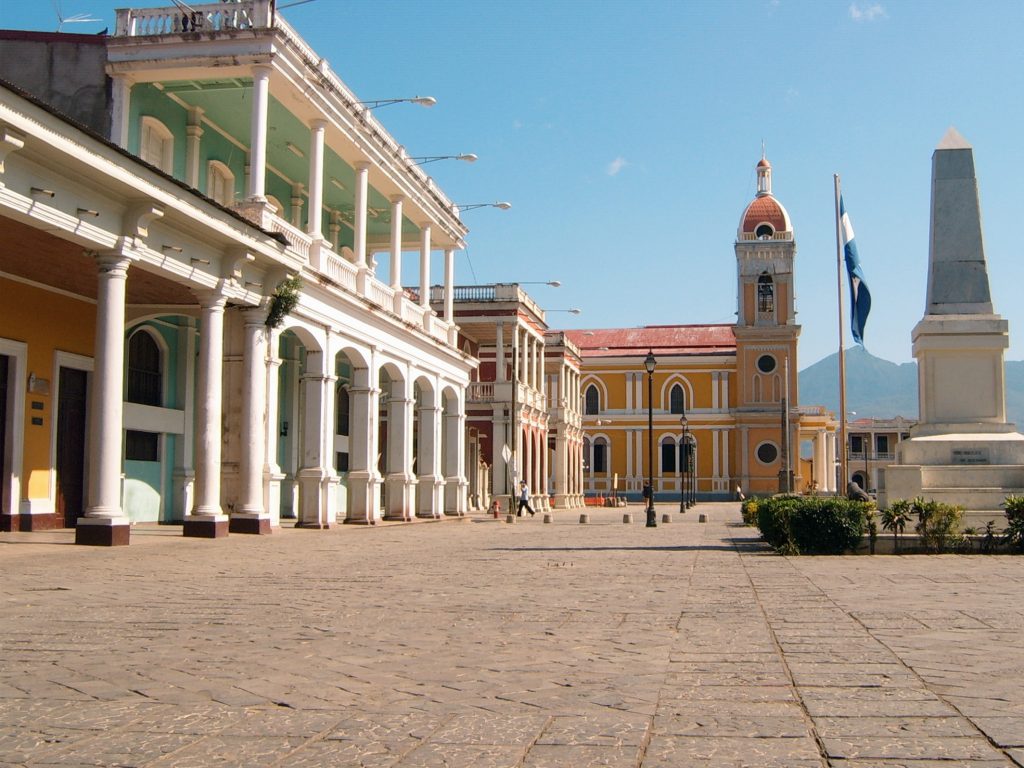 Situated on the shores of Lake Nicaragua, overseen by the Mombacho volcano, Granada has a rich history and is an integral part of Nicaragua’s past – it’s officially the oldest city built on the Latin American mainland during the Spanish conquests.

Moorish influences can be seen in colourful exteriors and elegant, simple features, and the gorgeous architecture proclaims the city’s incredible wealth acquired by being on the region’s main trade route (prior to the Panama Canal).

Hot spots: The volcanic national parks of both Mombacho and Masaya are close, and the Masaya market is vividly colourful.  The city is now internationally renowned as a gastronomical centre – you’ll want to get a good taste of the food!

If you would like to plan a holiday to South America and hear more about these stunning colonial towns then give us a call. We love to talk travel and we’ll help you find your escape from the ordinary.